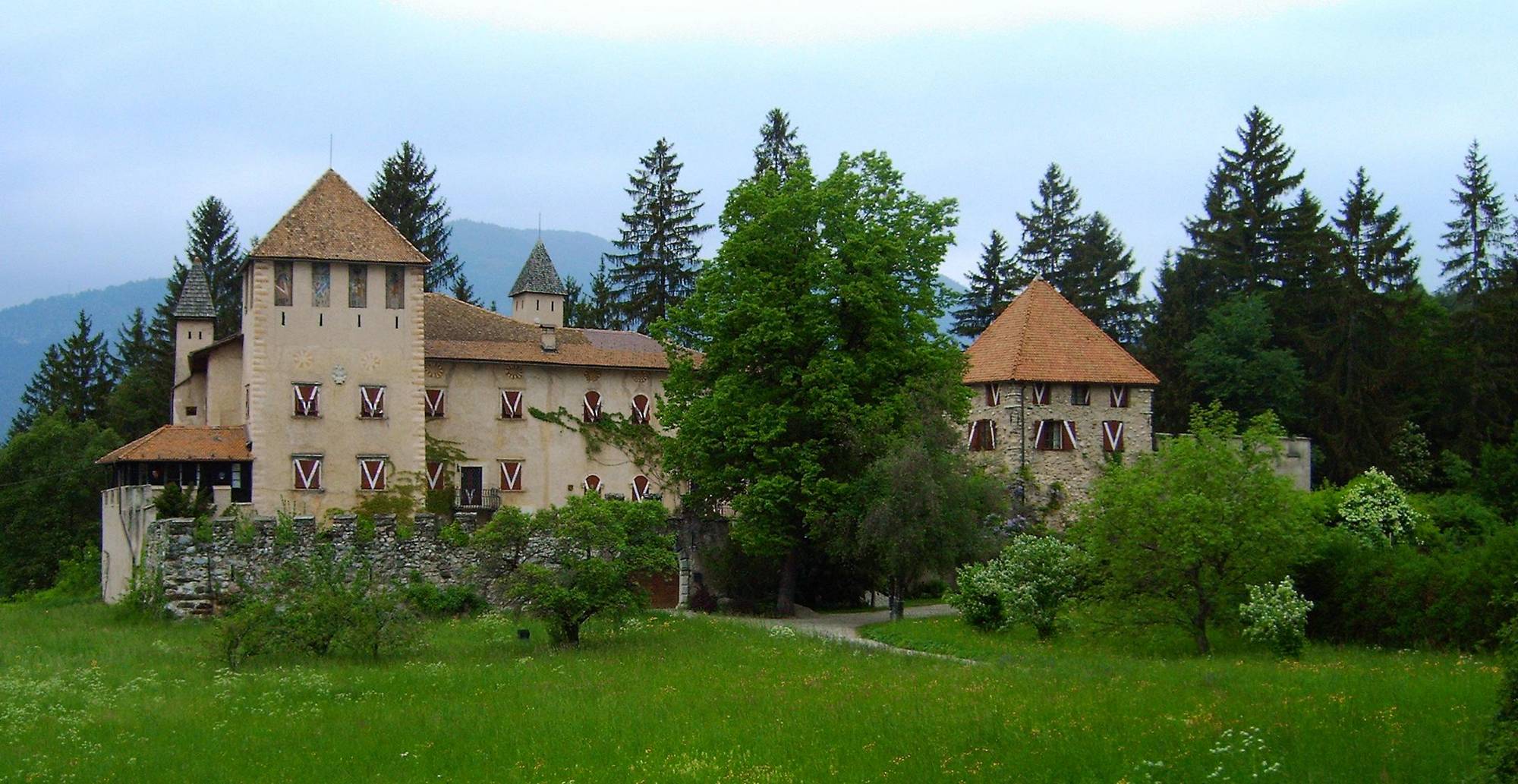 The castles of the Val di Non

Visiting the most beautiful and evocative castles of the Val di Non is a unique experience that should be lived to the utmost to discover an extraordinary territory. The best way to get the most out of this experience and visit some of the unmissable castles of this beautiful valley is to board a train, to be wrapped up in places that will take you back in time. With the Trenino dei Castelli, all of this is possible and you can take a path that will lead you to the discovery of the next manors.

Founded by George II of Hack in the early 15th century, in 1600 it was destroyed by fire and then rebuilt in 1726 by the Coredo family who transformed it into a two-story building. The castle is well preserved today, it’s surrounded by a very suggestive meadow and is a private residence, but it’s open for the visitors from June 7th, 1919 with the guided tours.

This medieval castle is situated in Coredo and stands along the road leading to Taio. Its name derives from the first owners, the Bragherio or Bracherio di Coredo who had it as a manor in 1270. Initially, it consisted only of a watchtower defended by cloves on three sides, the residential buildings and other towers were added later. In the 14th century, it became the property of the Thuns and is still owned by them.

The largest of the Trentino castles, it is located in Vigo di Ton and was built in the 13th century. Residence of the powerful Thun family, owner of other prestigious residences in the territory, it has a gothic type structure and is surrounded by towers, ditches, and walkways. It has a luxurious interior and the works of art of significant value. Open to the public in April 2010 after a long period of restoration, the castle is the peripheral center of the Castello del Buonconsiglio in Trento and is, therefore, one of the most important museum complexes in the entire Alpine arc.

It is open for visitors with guided tours, the castle is in a splendid panoramic position and has an octagonal tower 40 meters tall, the highest in Trentino. Inside the walls, there are two series of buildings, the ancient one dating back to the 14th century, called Castel di Sotto, and the 16th-century one called Castel di Sopra. Count Ulrico Spaur resides in the Castle.

Located in the hamlet of the same name in the municipality of Ville d’Anaunia in the Province of Trento, the castle is privately owned but can be visited at certain times of the year. Built around 1264, it was then restructured around 1520 and 1530 until it assumed its current appearance.

The castle is famous for the legend about the countess Marianna Elisabetta Thun, who is said to have been locked up in the tower. The young lady had been imprisoned by her father to prevent her from marrying Arunte, a court minstrel, whom she had fallen in love with to pieces. The frescoed rooms and the ballroom inside the manor are magnificent.

Located on a spur of rock in the village of the same name, it is also known as the Castle of San Michele, dating back to the era of the Longobards. The most distinctive element of the castle is the mighty fortress, 25 meters tall, which is still well-preserved today.