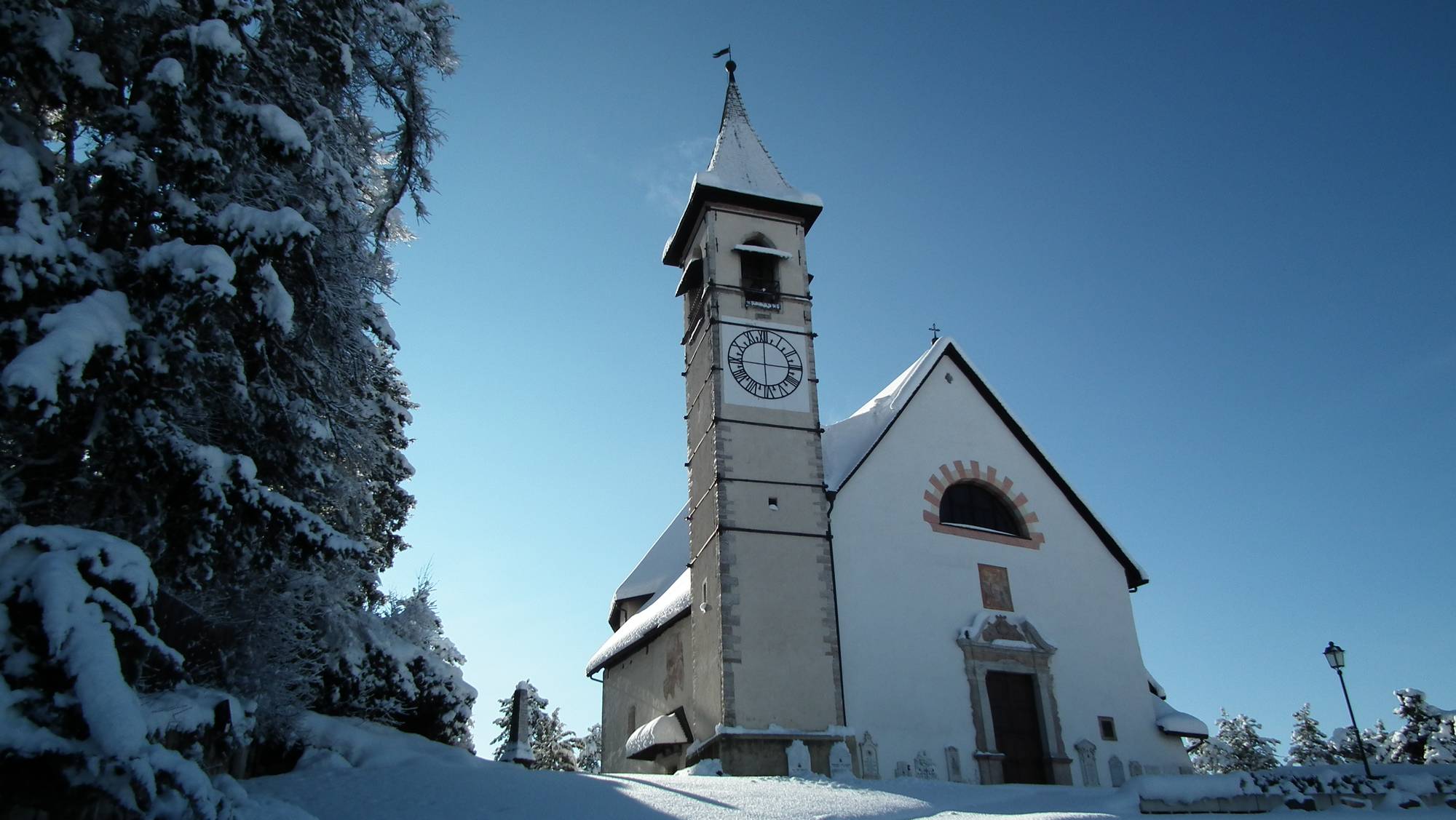 Coredo and the Val di Non

Nestled in the heart of the Val di Non, Coredo is a beautiful town situated on a green plateau from which you can enjoy a magnificent view over the Val di Non and its mountains, the Brenta Dolomites and the Maddalene. Immersed in a fantastic nature, where lush apple trees, green woods, and a delightful climate predominate, this small tourist center is an ideal destination for a pleasant and peaceful holiday, surrounded by the beauty of a highly suggestive landscape.

On the lively and picturesque square of the historical center, there are some religious buildings of great interest, such as the church of Santa Maria Assunta in neo-Renaissance style, built between 1943 and 1948 and the church of the Madonna Addolorata in neoclassical style with a precious altar in Baroque style.

The tourist vocation of the town is demonstrated by numerous villas in avant-garde style built in the early 20th century. Casa Marta, a Venetian style building of the 16th century, and the Black Palace, a 15th-century embattled building constructed in the 15th century are worth mentioning.

Strategic location for wonderful excursions in the Val di Non

Not far from the town, you can admire the two castles, Coredo, and Castel Bragher, while in the Palù area you can see the Venetian Sawmill and the adjacent Museum of Wood.

Don’t miss the trips to the artificial lakes of Coredo and Tavon, reaching up to the sanctuary of San Romedio, besides, you can take the cycling or horse riding excursions, while those who love skating can reach the ski area on the Predaia Plateau.

On the other hand, you can go to the “Predaia Park”, an amusement park located in Predaia, to entertain children. The position of Coredo is strategic and is perfect both for those who want to spend their summer and winter holidays in the Val di Non, away from stress and immersed in a natural landscape of woods, hills and lakes.

Events in Coredo and in the surrounding areas

The location is perfect if you want to take part in some of the most interesting events taking place in the area throughout the year. It starts in January with the Ciaspolada, a sporting event that takes place on the snow with the “ciaspole” or snowshoes on the feet, and then continues in April with Florinda, the Apple Blossom Festival, in May with Cerevisia, the Festival of local beers, and in June with Predair, an event dedicated to trekking.

July is the time to celebrate the Festival of Milk, while in October Pomaria, the big party for the queen of apples is held, but from June to September is the time of the Sounds of the Dolomites, a very important music festival. Certainly, there are plenty of Christmas Markets, many of which are held in the nearby areas of Coredo.

Also, there are really attractive events in Coredo, such as the May Nights festival, an event where music is the protagonist, the Festa dei Vouti (Portoni) and La Colomela fall for August and the amazing New Year’s Eve val di Non attracting many tourists every year to participate in the torchlight procession held from the frozen lakes of Coredo and Tavon towards the Sanctuary of San Romedo.